He was Already There

As I rode from Port-a-Prince into Thomazeau, Haiti for my first time I felt afraid. I had spent five months before this excited and overjoyed at the opportunity to meet and love the people of Haiti, but as it inched closer fear began to envelop my heart. I listened to stories about how Haiti can be dangerous and read online about the disparity that fills this country. My joy began to be diluted by the unknown.

So that two-hour drive intimidated me. There were so many things to see outside of the van window that you don’t see in America. I watched as people sat around fires and bathed in streams. I felt the Haitian’s eyes on our vans as we passed. I can’t describe why such fear had been laid on my heart in this place, because I have been on trips like this in the past. Something about this country felt different, and I began to dread approaching LiveBeyond.

The drive was slow and bumpy and as we finally drove into the LiveBeyond complex the sun was setting on what had been a long day of travel. As we pulled up to the guest house, a hundred children from the Kè Pou Timoun school were cheering and waving their arms in welcome. Tears filled my eyes because of their joy, and I wept openly, grateful to see some good in this place that I was so afraid of.

There was a lot of sad things to see in Haiti, but God was working so fully and incredibly in those situations that it isn’t what stands out to me that week. The things that stand out to me are the worship at church, praying over houses made out of sticks, giving shoes to children, teaching children how to write their names, getting kisses from Belle Fleur, the gardener on staff, playing hand soccer with Johnny’s Kids, and watching seventeen people get baptized on Sunday. Where there was so much depravity, there was also so much hope.

Isaiah 41:10 says, “So do not fear, for I am with you; Do not be afraid, for I am your God.” This verse had been on my heart for months as I thought about Haiti, and I took comfort in knowing that I would feel God’s presence in my heart and know I wasn’t alone no matter what Haiti was like. I had assumed that God would hold my hand through this place, but as the week went on and I experienced the compassion and resilience of Haitians and got to partner with LiveBeyond in its work, I realized that scripture could mean something else. God was with me all week, because he was inside the Kè Pou Timoun children. He was with the LiveBeyond staff and the Vanderpools. He was present in the villages we visited. He was in Lancy’s smile and Kensley’s laugh. I felt his arms around me as I hugged SenSen, and felt his joy as Sophie waved her arms in the air to praise him. He was with me every step of the way, not because I brought Him with me, but because He was already there.

There is a lot of work to be done in Haiti, and a lot of evil practices and harsh realities that people need to know about. But as I drove back to the airport from the LiveBeyond compound I felt tears streaming down my face and I realized my own ignorance. I drove back by the same people and places on that drive with a changed heart. One who looked at people not as dangerous, but as God’s beloved children. One who realized it was my moral compass that was off kilter with Jesus’. One who had hope in the children of Haiti to help change a country from one of disparity to one of abundance. My joy was no longer diluted but abundant.

This drive too was slow and bumpy, but it was a perfect opportunity for the Lord to give me a different way to view people. He spoke fear out of my heart and replaced it with Love, which is what it seems he is always trying to do inside of me every day of my life. I am truly ashamed at the thoughts that entered my mind as we drove in, but I am forever grateful for LiveBeyond and the work they are doing to transform the lives of Haiti, but also for the work they did to transform the life of Holly. Holly Racca graduated from Abilene Christian University in 2013 and has since served as the Middle School Youth Minister at Southern Hills Church of Christ in Abilene, Texas. She is married to Wes, and together they took part in the first of many trips to LiveBeyond in February of 2016. 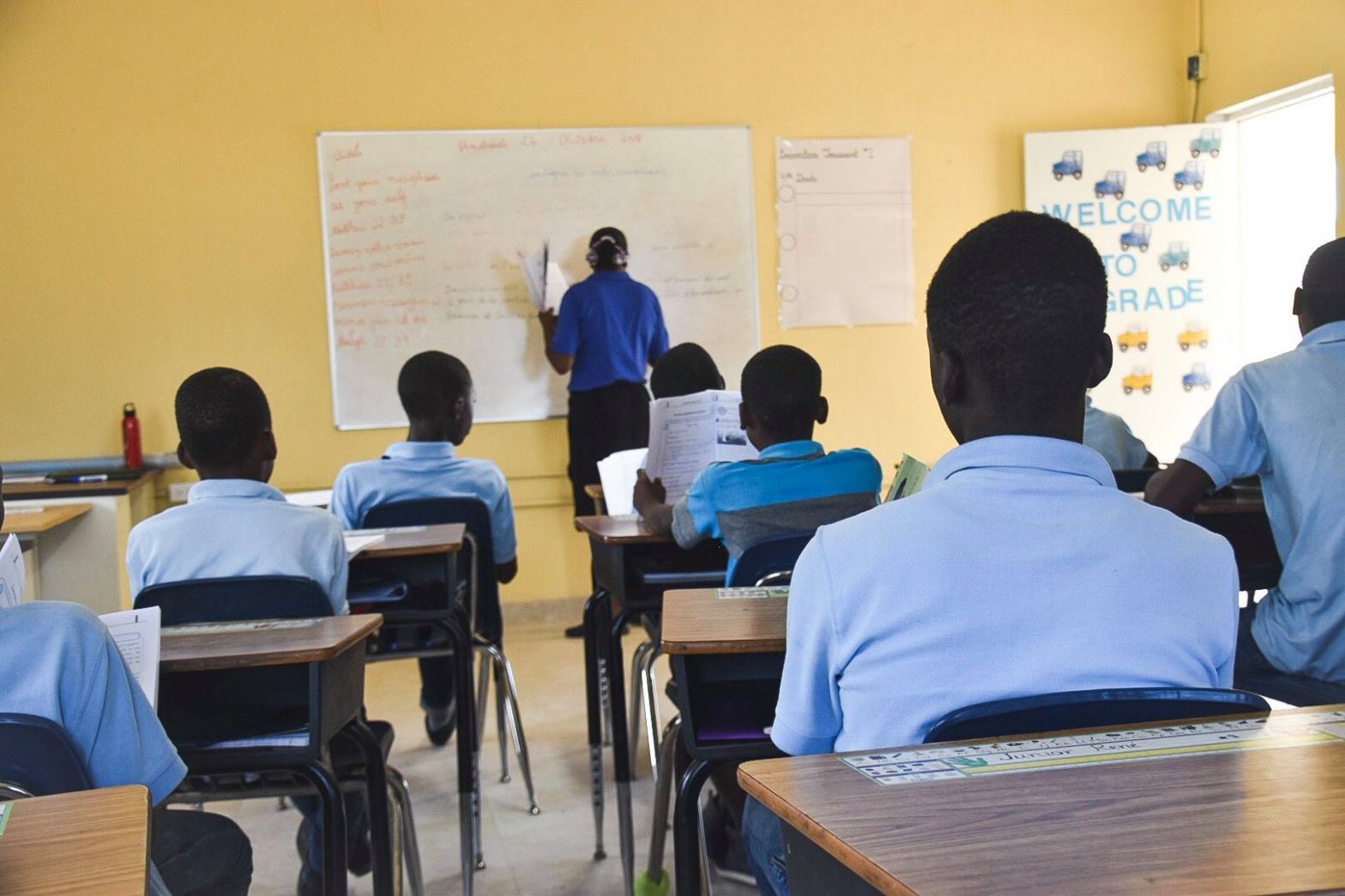